All Collections
WeatherAds Quick-Start Guides
General Guides
Setting up country-wide Campaigns in Facebook targeting USA, Canada or Australia for use with WeatherAds

Setting up country-wide Campaigns in Facebook targeting USA, Canada or Australia for use with WeatherAds

Here's how to set up a nationwide Facebook campaign targeting USA, Canada, or Australia to ensure compatibility with WeatherAds.

Written by Senya
Updated over a week ago

If you are looking to add weather triggers to a Facebook campaign targeting the countries of USA, Canada, or Australia, there’s a specific way you must set your campaign up in Facebook in order to ensure compatibility with WeatherAds.

Because WeatherAds resolves large territories into smaller, more granular custom radius points, and Facebook imposes strict limits on the number of custom locations you can geo target per ad set (200), it is not possible to weather target large countries such as USA, Canada, or Australia within a single ad set.

Instead, you will need to create multiple ad sets, each targeting several states. This guide will show you the most effective way to do this.

Note: This guide is specifically for USA, Canada, and Australia. Campaigns targeting other countries can be created within a single ad set.

WeatherAds works by automatically splitting large geographical territories such as countries or states down into smaller geos, in order to effectively apply weather targeting at the most granular level possible. 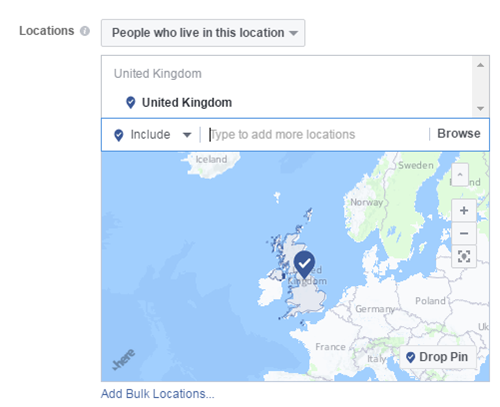 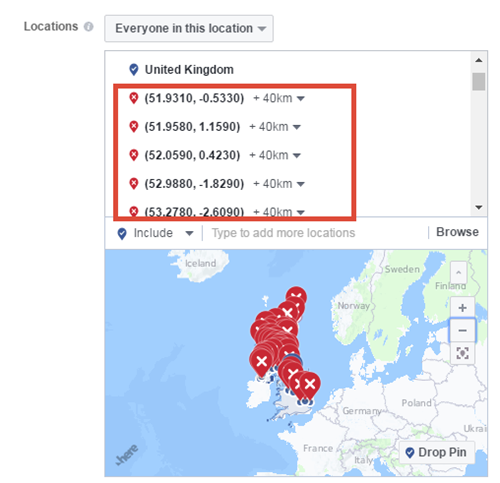 Since Facebook imposes a limit of 200 custom locations per ad set, WeatherAds doesn’t have enough capacity within a single ad set to convert these countries down into the thousands of sub-locations that it needs to in order to achieve a granular enough geo structure for weather targeting to work effectively.

Below are some instructions on how to set up your nationwide campaign in Facebook so that it can be weather targeted in WeatherAds.

Setting up your campaign in Facebook to target the USA 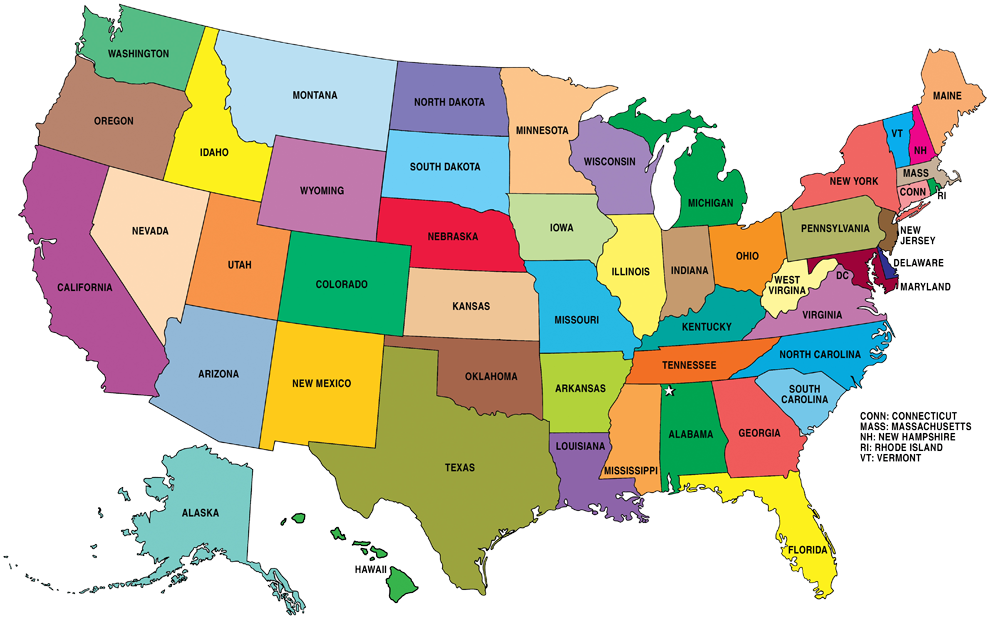 If you are looking to target the whole of the USA, you will need to create 17 ad sets (per creative variant), and add state-level geo targeting to each. If, for example, you have two creative variants (e.g. a 'sunny ad' and a 'rainy ad') then you will need to create twice the amount of ad sets (34). For this you can simply duplicate the 17 initially created, so that the geo targeting that you have already entered into the initial 17 will be copied over as well.

Below is a table showing the most efficient method to spin out your ad set geo targeting. Simply add the state names into the location targeting settings of each corresponding ad set.

Example: Ad set 1 will target California and North Carolina, Ad Set 2 will target Alaska and Colorado, and so on.

Targeting only certain states in the USA

If you wish to target only certain states rather than the entire country, you won't need as many ad sets. The table below details all 50 states and the number of 'child' locations within each.

When creating your ad sets, add in as many states as you would like, whilst still remaining within the 200 limit per ad set that Facebook imposes. If you exceed this number, WeatherAds will be unable to weather target your campaign.

When you're done creating your ad sets, simply add them to a Multi-Location Automation in WeatherAds to apply weather targeting to them in bulk. 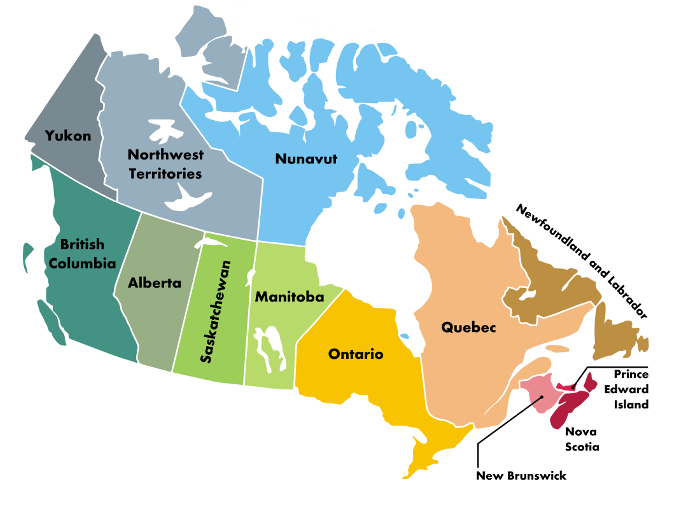 Canada is much smaller than the US in terms of population density and population centers, and therefore the amount of ad sets needed to target the whole country is also much less - only 5. Below is a table detailing the most effective way to group the provinces/ territories together:

In order to be able to weather target the whole of Australia on Facebook, you will need to create a separate ad set for each of the Australian states, for every creative variant. For example, if you only have one creative variant, e.g. ‘sunny ad’ – then you will end up with one campaign containing 6 or 7 ad sets (depending on if you wish to include Tasmania).

If you have two creative variants, e.g. ‘sunny ad’ and ‘rainy ad’ then you will need to create 12 (or if you include Tazmania, then 14) ad sets, and so forth. The can either be split between 2 separate campaigns, or housed within a single campaign.

Did this answer your question?